E-Commerce Warehouse Management System- Things You Should Know About

Web Development Services as a Powerful Tool for Business Growth 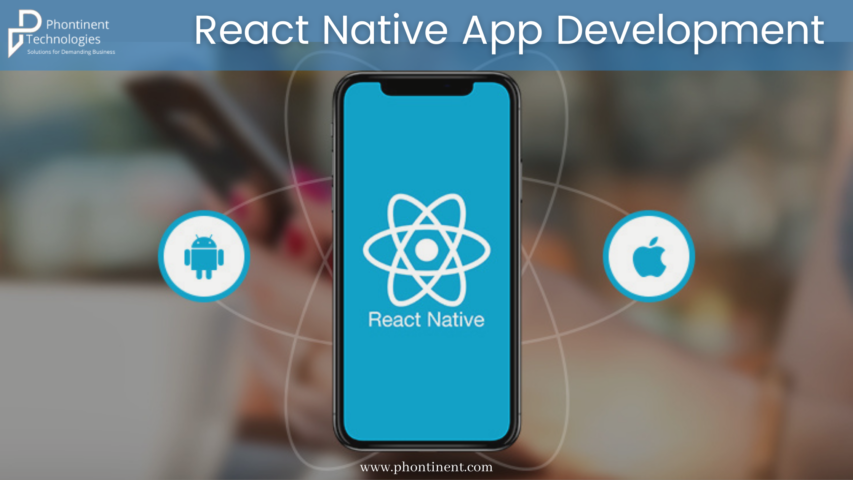 The growing technology has made the lives of developers difficult, they often find themselves in between Android and iOS users. Due to this reason React Native App has been developed.

React Native Technology is one of the rapidly growing and popular technologies which are utilized by developers across the world. This is an open source mobile app development that helps customers to meet their business goals. This App is designed for both Android as well as iOS platforms unlike native technology that can be applied to one of the two platforms.

Open source: Like many other projects, the developers who are engaged in developing these apps are also facing an equivalent technology, facing equivalent struggles and encountering the same difficulties.

Code Reusability: By using React native App, you do not need to separate codes for android and iOS systems unlike native technology that develop different codes for both systems. The same that is used for both platforms increases the efficiency, reduces the cost and also enhances the speed of the development process.

User experience: React native Apps integrate the host device with your app and create the user friendly app. This app is compatible with multiple operating systems.

Modular and Instinctive: This technology helps other developers to reach for someone else’s project. This is a valuable time saving App.

Accessibility: It is much more accessible as compared to that of other technologies.

·        Optimal Performance: React Native is used to enhance the performance of multiple platforms through native controls and modules. It operates for various platforms by integrating with native components and generates a code to native APIs freely and independently.

·        Provides Cost Effective Solution: By using React Native you do not require separate code for android and iOS platforms. Multiple platforms can be coded by a single programming language.  Due to this, you can employ a small team of native developers for getting jobs done at a time.

·        Facilitates Simple User Interface: React Native technology offers a simplified and uncomplicated mobile user interface. That’s why it is more likely as an open source framework rather than a conventional framework.

·        Offers Stability and Reliability: The React Native offers the benefit of simplifying the data binding that helps to secure parent data. Therefore it makes the Apps become more stable and also increases the level of reliability.

·        Reuse the Code and Pre-developed Components:  One of the biggest benefits of react native for the developer community is code reusability. Instead of creating separate code for both android and iOS platforms you can use the same code for both OS.

·        Live and Hot Reloading: The main advantage of React Native is its support for live and hot Reloading. Live reloading refreshes the entire app and helps in reading and compiling the file which is changed by the developer. Hot reloading it only refreshes the file that had been changed. It is based on HMR (Hot Module Replacement).

Modular Designing: Modular designing is a technique that distinguishes the features of the program into various modules. By using modular design helps developers to upgrade and update Apps rapidly.

High performance: Talking about performance also leads the race. You can also get access to graphics to support, highest speed and computing power.

Faster to Build: The main feature of react native is that it consumes less time to develop a site. It not only creates your App but also enhances the development and saves money.

One framework and multiple platforms: React native technology allows using the same code for both iOS as well as android platforms. Cross-platform is accessible to your application, depending on the way that many modules you can use in the development of your Apps.

Simplified UI: React technology uses a software interface that removes the elements which are not important and then makes them simple in sequence. It is based on creating a mobile UI.

Large developer Community: React native is an open-source platform that helps developers to use their knowledge in the development of an app that is freely accessible to all. There is always someone who will be there to solve your queries.

New and Immature: React native uses a new language in comparison to Android and iOS platforms. The methods of this technology are not completely improved that’s why the apps can have a negative impact.

Difficult to understand: If you are a fresher, then you can face difficulty in learning it. Also, you must have a little bit of knowledge about native app coding too.

It lacks security: React native is an open-source framework, which creates a gap in the security process.

Memory management: this technology is not suitable to use for computation systems of intensive apps as it becomes very difficult to manage memory.

Take longer time to initialize: another problem that developers may face is that react native takes longer time for initializing the runtime.

React native can help businesses to scale up. The demand for React Native App Development is growing every day to make high-quality apps and scalable mobile apps with simple UI and provides a user-friendly native app experience to the customers.

Other than a great user experience, the features and benefits that the offered are code reusability, modular architecture, cost-effective, large community support, code reusability, provide stability and reliability, simplified user interface, mobile-friendly, and many more.

At Phontinent Technologies, React Native Development will help you to deliver high-quality applications built with react native. It also helps businesses to meet their business objectives. If you want to build the best react native applications then get in contact with our experienced app developers today.